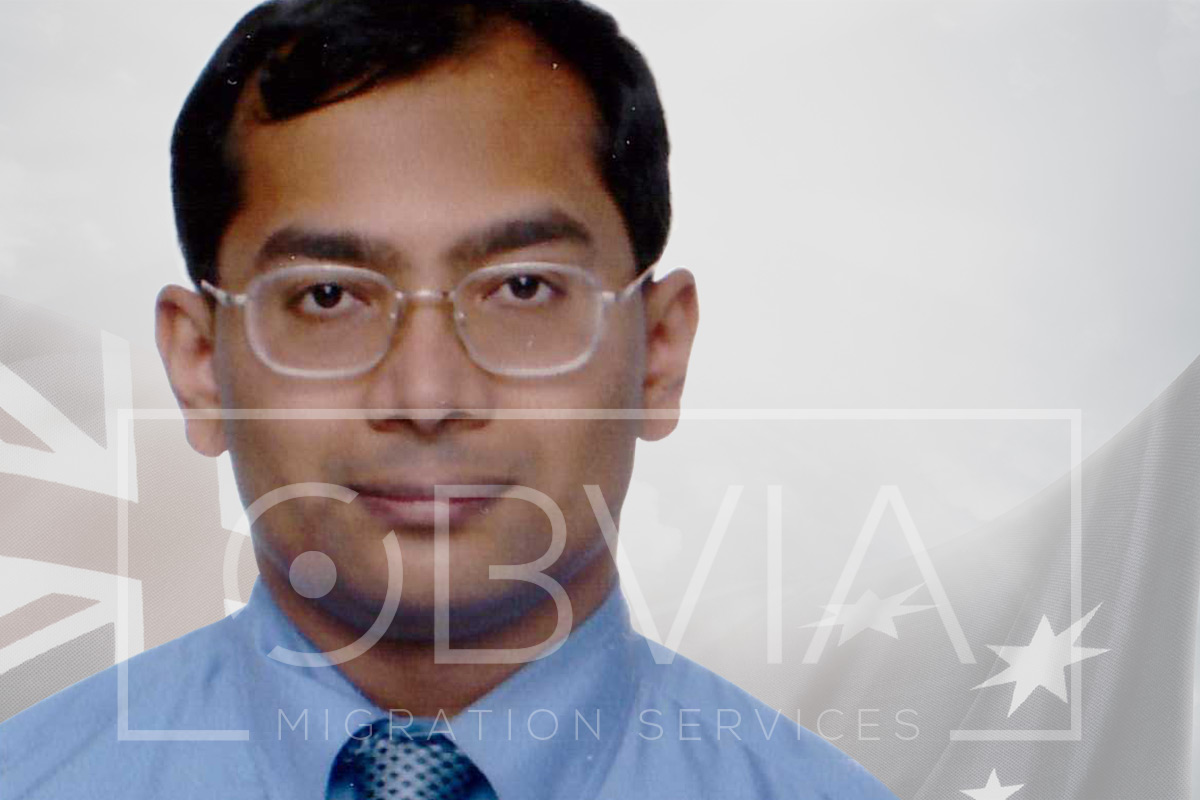 Randhir Amoganathan is the founder and principal of Obvia Legal.

Randhir completed his Law degree in 1992 at Keele University in the United Kingdom, a MBA in 1993 and an MSC (Econs) from the London School of Economics in 1994. He then worked specialising in software contracts management in the United Kingdom, and as In-House Legal Counsel in Singapore. Migrating to Australia in 2008, he re-qualified in Australia, and is admitted to the Supreme Court of Western Australia, the High Court of Australia and the High Court of New Zealand. In 2015, he further became a Registered Migration Agent and founded Obvia Migration Service. In 2018, he founded Obvia Legal to further provide legal services in commercial and contracts, wills & estates, as well as migration & citizenship.

Randhir’s experience in a wide range of industries, ranging from IT to commercial and legal practice – in Australia, the United Kingdom and Singapore – have provided him with an broader understanding on the range of issues and disputes that confront his clients in their legal challenges, and is able to tailor a practical approach that satisfies the client’s needs in a timely manner. Randhir’s “can-do” attitude and his desire to achieve the best result for his clients are central to his own personal ethos.

Frequently Asked Questions
Why should I use a Registered Migration Agent?
A registered migration agent (RMA) is a person certified by the Migration Agents Registration Authority (MARA). RMAs are also required to keep their knowledge up-to-date by attending CPD (Continuing Professional Development) courses annually, and maintaining a library of all migration acts, migration regulations and related information. RMAs are also given access to the Procedure Advice Manual, which the visa officers use in deciding an application. The Department of Home Affairs (DHA) recognises only MARA registered agents to file immigration applications on behalf of applicants. An application assisted by an RMA can enhance the prospects for a successful visa application by the DHA. We assess your individual circumstances, assist your submission by presenting a detailed submission with your application. In this, we address every single aspect of the law, regulations and DHA procedures. We will communicate with the DHA to follow up on your application, and keep you informed about your application’s progress.
What are your Fees and Payment Policies?
We can tailor and quote a fee for the legal services or migration services you require, taking into consideration your specific needs and the complexity of the application.
For legal services: We charge the fee by arrangement with you. We start the services when you accept and sign a Cost Agreement for the services to be provided. Often we will invoice you after the services have been performed.
For migration and visa services: We usually charge a fee upfront, to be held in a migration trust account until the fee is due and liable. In some circumstances, we charge our fee in installments, and then proceed to the next stage of the application process only when our client clears the invoice raised. If so, we will request 50% of the fees to commence your application process and the balance prior to submission/lodging your decision ready application to the DHA. These fees do not include third party costs such as Department of Home Affairs (DHA) Visa Application Charges, Skill Assessments, IELTs, Medicals, etc.
Reasonable Fees: Obvia Legal offers very reasonable fees for our professional services. The Australian government website lists a range of fees charged by Registered Migration Agents. Our fees are often at the lower end of the fee range listed. This is because we keep overheads at a minimum and pass the savings onto our clients, thereby offering you excellent value for money.
Refund Policy: If for whatever reason your legal case, skill assessment or migration application has been rejected, we do not, as a policy, refund the fees already invoiced or paid for the services provided. Any fee paid to the skills assessment bodies or the Department of Home Affairs is also not refundable. Furthermore, to avoid further loss to you, we will not charge any further fees beyond the fees incurred.
Payment arrangements We recommend that payment be made using Electronic Transfer in $AUD.
What migration-related Services does Obvia Legal provide
We provide the following services, and more besides,as listed on this website, so as to make your migration process as hassle-free as possible:
1)    Legal research including all relevant Australian Migration Law and Regulations;
2)    All required Forms and Documents;
3)    Documentation review and assessment;
4)    Advice on Preparation, Completion and Lodgement of all Applications;
5)    Preparation and lodgement of Sponsorship and/or Nomination applications;
6)    Advice on obtaining and preparing relevant supporting documentation;
7)    Preparation and lodgement of Skills Assessment;
8)    Preparation and lodgement of a detailed submission to DHA;
9)    Application Management and Follow-up;
10)  Preparation of Client(s) for interview with DHA (if required);
11) Representation at Administrative Appeals Tribunal (AAT); and
12) Representation at Judicial Review Hearings.

What Assistance can you provide to help me to settle in Australia?
We know that all migrants require a range of services for themselves and their families to settle in Australia. We offer all our clients a list of services provided by an independent network of companies and firms, which are established and have performed reliably. We are happy to provide Assistance.
Please visit our page on Assistance. This includes information about the job market in Australia, finding accommodation, finding appropriate courses for students or tradespersons, obtaining legal or accounting services, including obtaining your tax file number, applying for driver's license, etc. The aim of these services is to make your initial period of settlement in Australia as smooth as possible.
Can you guarantee that my migration application will be approved?
No, neither we nor any migration agent can give you such a guarantee. The Department of Home Affairs alone has full and final authority regarding its decisions to accept or reject any visa application it receives. We will not advise you to proceed with a visa application unless we are convinced that your application has a good chance of being approved. We will always give you realistic and reliable advice about your chances of success, and once accepted, we will work to provide the best submission possible to enhance your chances of successfully obtaining the visa you desire.